It’s a great tragedy that despite its obvious importance to everyone, our educational system almost totally ignores the field of finance and investments. This is true unless you go to an undergraduate business school or pursue an MBA in finance.

Eighteenth-century English poet Thomas Gray wrote, “Where ignorance is bliss, Tis folly to be wise.” When it comes to investing, ignorance certainly is not bliss—it pays to be wise. Just ask investors who lost tens of billions of dollars in the Bernard Madoff scandal. Without a basic understanding of how capital markets work, there is no way individuals can make prudent investment decisions.

The sad fact is that surveys have shown fewer than half of U.S. workers have even attempted to estimatehow much money they might need in retirement, and many older adults face significant retirement shortfalls. While educational achievement is strongly positively associated with wealth accumulation, research also has found financial literacy has an even stronger and larger effect on wealth. 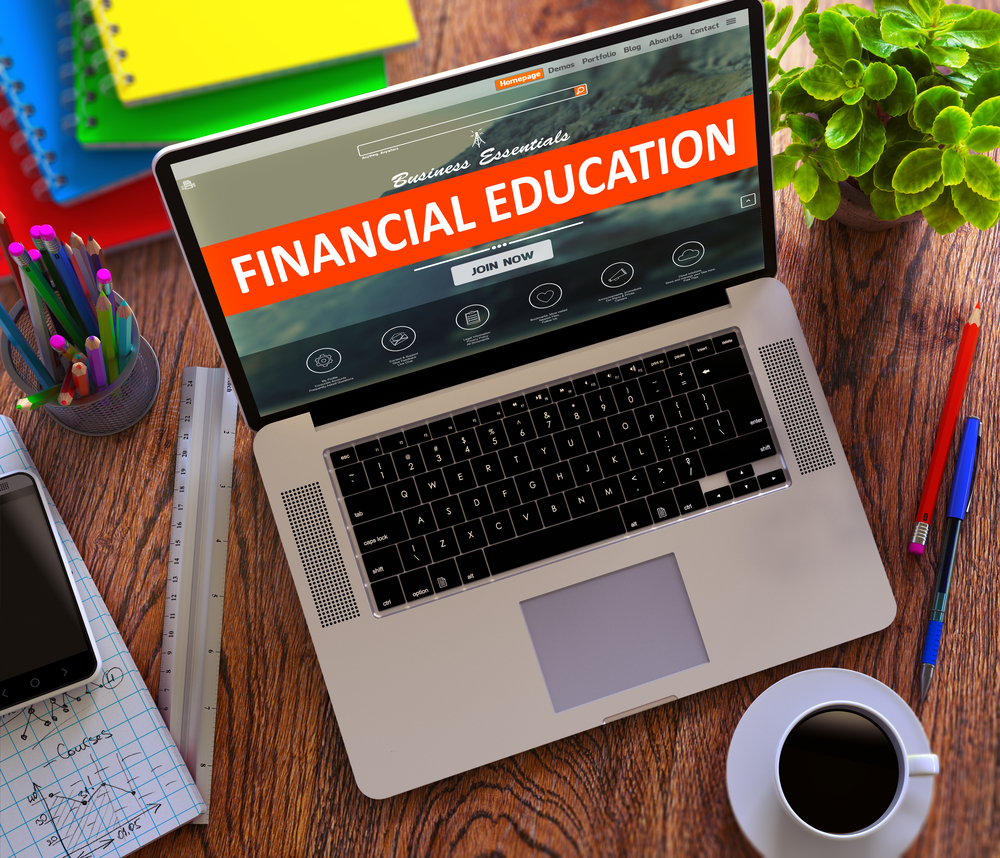 Households that build up more net wealth may be better able to smooth consumption in retirement, and financial literacy enhances the likelihood people will contribute to their retirement savings. Compounding the problem of lower savings is evidence that less financially literate households experience lower risk-adjusted returns.

Milo Bianchi contributes to the literature on financial literacy with the study “Financial Literacy and Portfolio Dynamics,” which appeared in the April 2018 issue of The Journal of Finance.

Using data obtained from a large French financial institution, Bianchi observed portfolio choices in a widespread investment product called assurance vie, in which households allocate wealth between relatively safe and relatively risky funds—predefined bundles of bonds or stocks—and are able to rebalance their portfolios over time. Assurance vie contracts are prevalent in France, being the most common way households invest in the stock market.

Bianchi then combined this data with responses to a survey he conducted with the financial institution’s clients. The survey, which ranked investor sophistication levels on a scale between one and seven, allowed him to obtain a broader picture of clients’ financial activities outside the company and of their behavioral characteristics. While investments in assurance vie may not cover a household’s entire portfolio, they often represent a substantial portion of investors’ financial wealth.

The author’s final database incorporated portfolio information at a monthly frequency for 511 of the financial institution’s clients over the period September 2002 to April 2011. On average, the assets it covered were approximately 50% of a household’s financial wealth.

Following is a summary of his findings:

Findings such as these demonstrate that financial illiteracy is costly. The fact that our educational system has failed to provide much of the public with what I would consider even a basic level of financial literacy certainly is a tragedy. (The research shows this is not a U.S.-only problem.) But perhaps the bigger tragedy is that so many apparently would rather watch some reality TV show than “invest” the time and effort to become financially literate.

I have now authored or co-authored 16 books on investing, presenting the evidence from academic research. This has been my way of trying to reduce financial illiteracy and help prevent investors from being sheared by the wolves of Wall Street. Others, such as John Bogle and William Bernstein, have written outstanding books on the principles of prudent investing.

The only problem is that the sales of Harlequin romance novels (not that there is anything wrong with them) are far greater than the sales of books on modern portfolio theory and efficient markets, providing one explanation for why investors continue to use nonfiduciaries as their advisors and adopt active management strategies—strategies with a high likelihood of failure.

The bottom line is that the greatest investment you can make, and the one with the highest expected return, is an investment in your own financial literacy. Remember, if you think the price of financial education is too high, just try the price of ignorance.

This commentary originally appeared June 4 on ETF.com and was written by Larry Swedroe.