1. If we remove the returns from the best 91 months (an average of just one month a year and 8.5% of the entire period), what is the average return of the remaining 1,001 months?

2. What is the average return of those best-performing 91 months?

3. If we remove the returns of the best-performing 91 quarters (an average of one quarter a year and 25% of the entire time period), what is the average return of the remaining 273 quarters?

4. What is the average return of those best-performing 91 quarters?

What many investors don’t know is that most stock returns come in very short and unpredictable bursts. Which is why Charles Ellis offered this advice in his outstanding book, “Investment Policy”: “Investors would do well to learn from deer hunters and fishermen who know the importance of ‘being there’ and using patient persistence—so they are there when opportunity knocks.”

What Does Warren Buffett Say?

It also is likely why, in his 1991 annual report to shareholders, legendary investor Warren Buffett told investors: “We continue to make more money when snoring than when active,” and “Our stay-put behavior reflects our view that the stock market serves as a relocation center at which money is moved from the active to the patient.” Later, in his 1996 annual report, Buffett added: “Inactivity strikes us as intelligent behavior.”

The Answers to the Quiz

1. While the average month returned 0.95%, if we eliminate the best-performing 91 months, the remaining 1,001 months provided an average return of virtually zero (0.1%). In other words, 8.5% of the months provided almost 100% of the returns.

2. The best-performing 91 months, an average of just one month a year, earned an average return of 10.5%.

3. While the average quarter returned of 3.0%, if we eliminate the best-performing 91 quarters, the remaining 273 quarters (three-fourths of the time period) actually lost money, providing an average return of -0.8%. In other words, just 25% of the period provided more than 100% of the returns.

4. The best-performing 91 quarters, an average of just one quarter a year, earned an average return of 14.3%.

Despite this type of evidence, which makes clear how difficult market timing must be, one of the most popular beliefs held by individual investors is that timing stock markets is the winning strategy. After all, who doesn’t want to buy low, right at the end of a bear market, and sell high, just before the next bear market begins. Unfortunately, an idea is not responsible for the people who believe in it.

The evidence is very clear that professional mutual fund managers cannot predict the stock market. For example, in his famous book “A Random Walk down Wall Street,” Burton Malkiel cited a Goldman Sachs study that examined mutual funds’ cash holdings for the period 1970 through 1989. 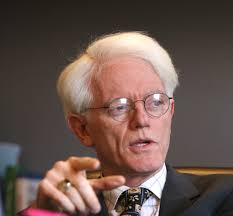 Legendary investor Peter Lynch offered yet another example. He pointed out that an investor who followed a passive investment strategy and stayed fully invested in the S&P 500 over the 40-year period beginning in 1954 would have achieved an 11.4% rate of return.

Investors should keep the preceding evidence—as well as advice against trying to time the market offered by investment legends such as Ellis, Buffett and Lynch—in mind whenever they hear warnings from “gurus” that the market is overvalued and a correction is surely coming.

This wisdom is especially timely with the Shiller CAPE 10 at 31 as I write this, almost double its long-term average. However, I would note that calls for a correction are nothing new.

For example, back in February 2013, with the CAPE 10 then at 22, Jeremy Grantham, a respected market strategist at GMO, wrote that “all global assets are once again becoming overpriced” and that some securities were “brutally overpriced.”

Elm Partners provided some valuable insight into the question of whether investors should wait to buy equities because they believe valuations are too high. Looking back at 115 years of data, Elm asked: “During times when the market has been ‘expensive,’ what has been the average cost or benefit of waiting for a correction of 10% from the starting price level, rather than investing right away?” It defined “expensive” as the occasions when the stock market had a CAPE ratio more than one standard deviation above its historical average.

Elm noted that while the CAPE ratio for the U.S. market is currently hovering around two standard deviations above average, there aren’t enough equivalent periods in the historical record to construct a statistically significant data analysis.

It then focused on a comparison over a three-year period, a length of time beyond which they felt an investor was unlikely to wait for the hoped-for correction. Following are its key findings:

The takeaway is this: Even if you believe the probability of a correction is high, it’s far from certain. And when the correction doesn’t happen, the expected opportunity cost of having waited is much greater than the expected benefit.

Elm offered the following explanations for why it thought the perception exists among investors that waiting for a correction is a good strategy: “First, while a correction occurring is indeed more likely than not, investors may confuse the chance of a correction from peak-to-trough with the lower chance of a correction from a fixed price level. For example, the historical probability of a 10% correction happening any time during a 3-year window is 88%, significantly higher than the 56% occurrence of that correction from the market level at the start of the period. Second, the cost of waiting and not achieving the correction is a ‘hidden’ opportunity cost, and we humans have a well-documented bias to underweight opportunity costs relative to realized costs. Finally, investors may believe they can wait indefinitely for the correction to happen, but in practice few investors have that sort of staying power.”

Elm repeated its analysis with correction ranges from 1% to 10%, time horizons of one year and five years, and an alternate definition for what makes the market look “expensive” (specifically, waiting for a correction from times when the market was at an all-time high at the start of the period).

The firm found that “across all scenarios there has been a material cost for waiting. The longer the horizon that you’d have been willing to wait for the correction to occur … the higher the average cost.”

Noted author Peter Bernstein provided this insight: “Even the most brilliant of mathematical geniuses will never be able to tell us what the future holds. In the end, what matters is the quality of our decisions in the face of uncertainty.”

And we certainly live in uncertain times. But that’s always the case. To help stay disciplined, it’s important to keep in mind that the market already reflects whatever concerns you may have.

Finally, remember this further advice from Warren Buffett: “The most important quality for an investor is temperament, not intellect.”

The inability to control one’s emotions in the face of uncertainty, and clarion cries of overvaluation, help explain why so few investors earn market rates of return and thus fail to achieve their objectives.